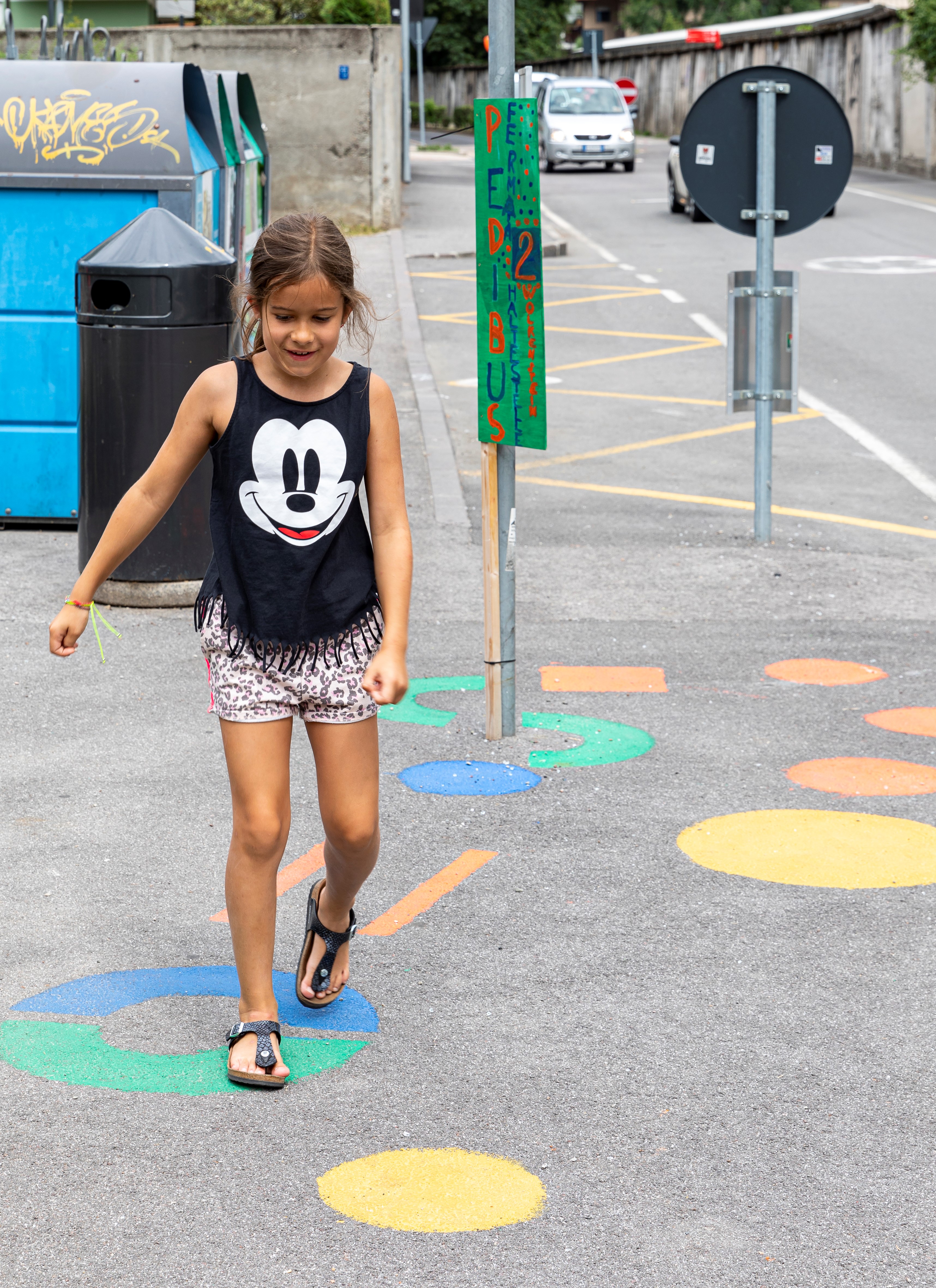 Thanks to Metamorphosis, the municipality's walking bus for school kids set a new trend in Merano. The initially three bus lines became five and the number of participating pupils shot up from 3 to 40. Next schoolyear additional lines will be established.

The walking bus campaign launched by the municipality in the Wolkenstein neighbourhood had a rather weak start in Merano. After a crowded information meeting for parents that seemed very promising at the beginning of schoolyear 2017/2018, only three kids became walking bus commuters on their way to primary school. Far from giving up, the municipality asked the local Metamorphosis team for some extra marketing activities in order to raise awareness of the benefits of Pedibus (or Piedibus), as the walking bus is called in Italy.

The first thing to do, we thought, was discover why so many parents had finally chosen not to make use of the service despite their initial enthusiasm. We took up position at the entrance of the two primary schools with a nicely decorated information stand and intercepted parents dropping off their kids in the morning. That’s how we learned that parents did like the idea of letting their children walk to school escorted by a crossing guard, but not knowing the actual crossing guard that would take their suns and daughters to school, they had not felt confident enough to sign the permission.

Talking to the parents and introducing the crossing guards to them helped sweep aside their doubts. But there was still very little knowledge about Pedibus in the whole neighbourhood and among the school children. No wonder: the “Pedibus stops” where the kids were picked up by the crossing guards in the morning were not real bus stops. They were just anonymous spots parents and school had agreed on.  We decided to make actual, visible bus stops out of these meeting points. In a workshop that was held during homework support hours in the afternoon, kids invented colourful floor paintings that would transform the Pedibus stops into small playing areas for hopscotch and other bouncing games. The kids painted bus stop signs, too, each featuring the specific colour and number of the respective Pedibus line.

Since the bus stop decoration was installed in 2019, the numbers of Pedibus kids and Pedibus lines rose significantly. Families living in other neighbourhoods whose children attended other primary schools became aware of the walking bus option and asked the municipality to establish new lines. At present, the city of Merano has 40 Pedibus kids walking along five different Pedibus lines, but additional lines will be established in schoolyear 2020/2021. 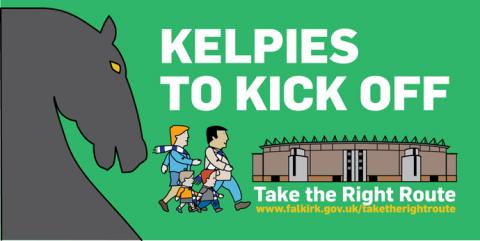 Imagine streets were not for cars... 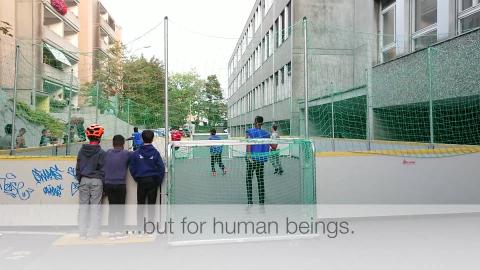